When the joint between the big toe and the foot is prominent, it is often described as a bunion.  Bunions are generally preventable and treated by wearing more appropriate footwear, and rarely require surgery.

Some patients elect to see an Orthopaedic surgeon because they do not like the look of their feet (seeking cosmetic surgery).  Surgery should only ever be considered an option for painful or troublesome bunions (and only after considering or trialing non-operative options). Learn about assessment and non-operative management options of bunions.

Hallux valgus is often preventable by wearing shoes that fit properly. The part of the shoe that accommodates the toes should be wide enough for the toes not to be forced together. This means that the tops of the four smaller toes, when resting on the insole of a shoe, should be about level with one another.

The painkiller paracetamol (Panadol), or a non-steroidal anti-inflammatory drug (Brufen, Nurofen, Mobic, Voltaren etc.) will often help relieve the pain and inflammation of a bunion. However, medicines will not reverse the condition or prevent it getting worse, and should only be considered as temporary relief.

If the bunion has occurred as a result of underlying arthritis, specific medicines may also be used.

Most patients who suffer pain from their bunions will also be advised to trial a change in their footwear, and perhaps an orthotic (modified footwear) in an attempt to relieve symptoms.

If a change in footwear does not help, then surgery is occasionally required.  Many people forget how complex the foot is.  Its normal function requires coordinated activity of 26 bones, more than 30 joints, and more than 100 muscles, tendons and ligaments.  Thus surgery to the foot should never be considered a “simple operation”.  Patients with diabetes or who smoke are at particular risk of complications following surgery.

There are a variety of operations now performed for hallux valgus. The choice of operation depends mainly on the amount of deformity that is present and whether or not there is any arthritis.  One of the most common operations is known as an osteotomy of the first metatarsal. The displaced bone is cut and reposition into a better position. The prominent part of the big toe joint that is sticking out is also cut away.

Another operation, known as excision arthroplasty, or Keller’s bunionectomy, is not as common as it once was. This involves cutting away the swelling of the bunion and end of the metatarsal. It tends to be most suitable for older people who are likely to demand less of their feet in terms of activity.

An operation on the toes can be uncomfortable for a time, and there is a risk of experiencing pain in the long term. But recovery from the operation is progressive and there is a very good chance that the symptoms of the bunion will be completely relieved.

It usually takes 3 to 6 months to recover from surgery and final recovery may be 1 to 2 years later!

Prior to any surgery it is important to consider general health and risk issues.  It is important to disclose any medical problems, medications taken and allergies to medications.  If there are any major concerns Dr. Mackie may request a preoperative visit to an anaesthetist or specialist physician.

Typically, patients are required not to eat or drink for about six hours before a general anaesthetic. However, some anaesthetists allow a few sips of water until two hours beforehand.  For morning operations it is recommended that patients fast from midnight prior to surgery (no food or drink) although a small sip of water may be used to take normal medications.  For afternoon operations it is recommended patients have nothing after an early breakfast (~ 07:00 am).  Any blood thinning medications and medications for serious heart or lung conditions should be discussed prior with Dr. Mackie or the anaesthetist.  Dr. Mackie will generally speak with patients prior to the anaesthetic.

Many operations have been described for bunion surgery.

Surgery can be performed at the forward end of the deformed bone, the hindfoot end, or along the full length of the metatarsal bone.

Dr. Mackie uses 4 different operations (with minor modifications) that can deal with the majority of different bunion deformities.

The goal with any bunion surgery is to create a stable corrected bone that can comfortably bear weight within 6 weeks of surgery (and often within the first 2 – 4 weeks).

Dr. Mackie’s most commonly performed bunion operation is a Scarf osteotomy.  This uses a bone cut along the line of the metatarsal and permits a combination of sliding of the bone and partial rotation to reduce the prominence of the toe end of the metatarsal.  The bony prominence is also removed and tendons may be operated upon to help balance the muscles of the great toe. 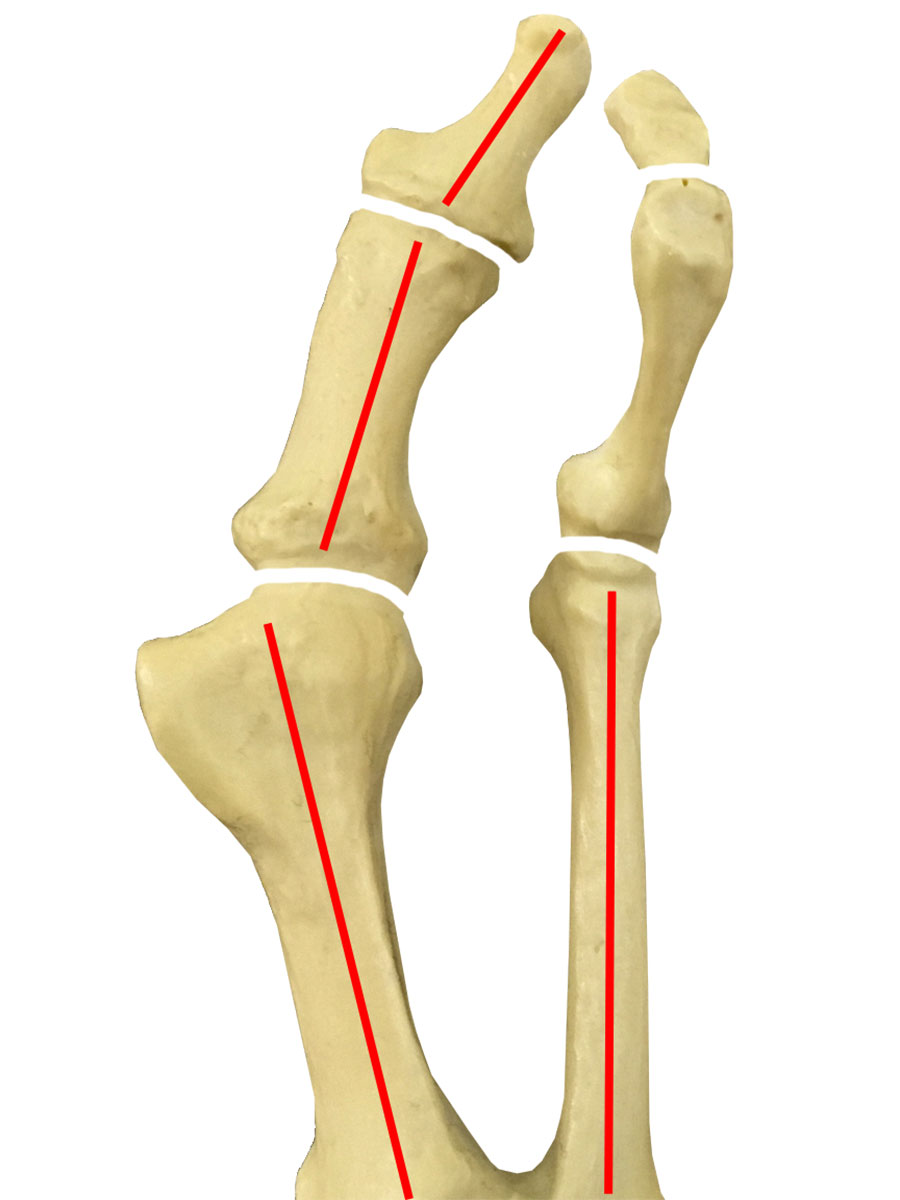 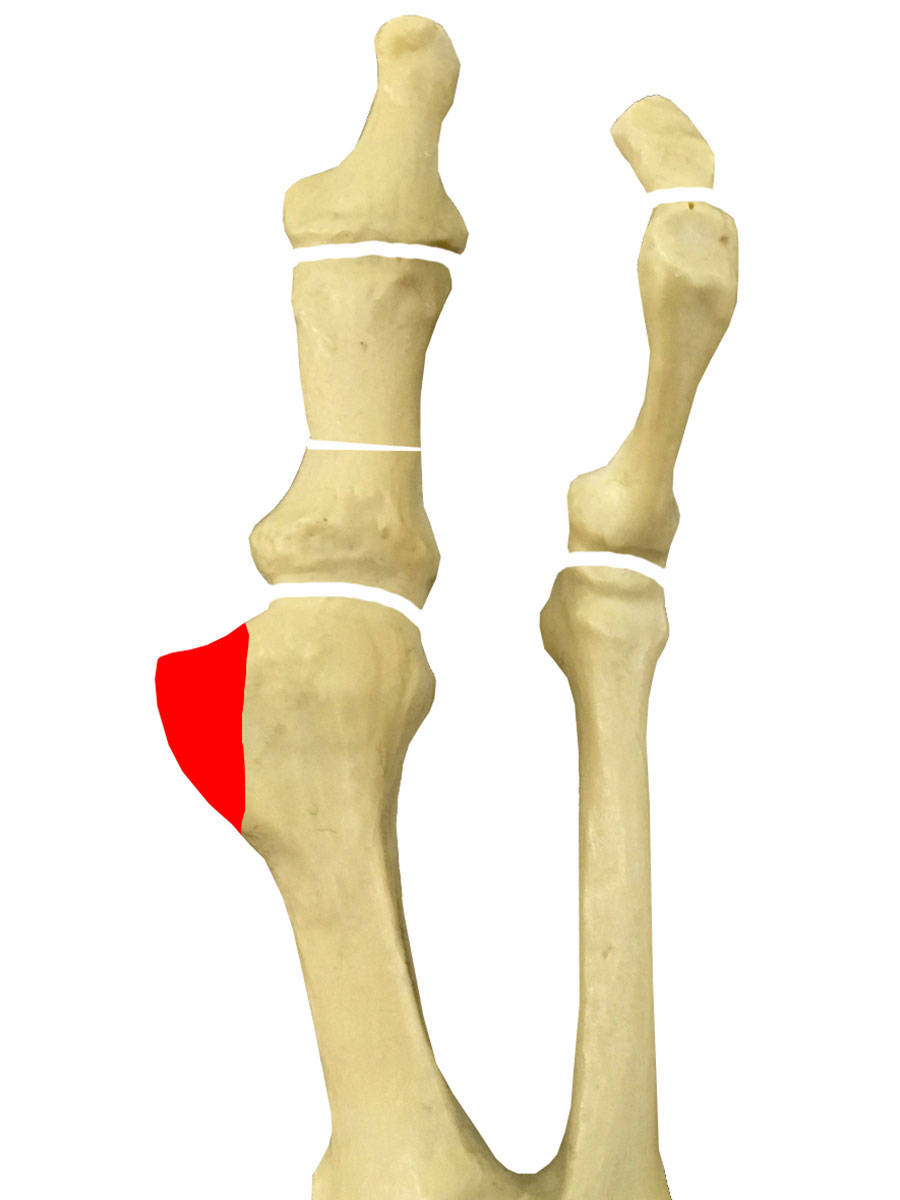 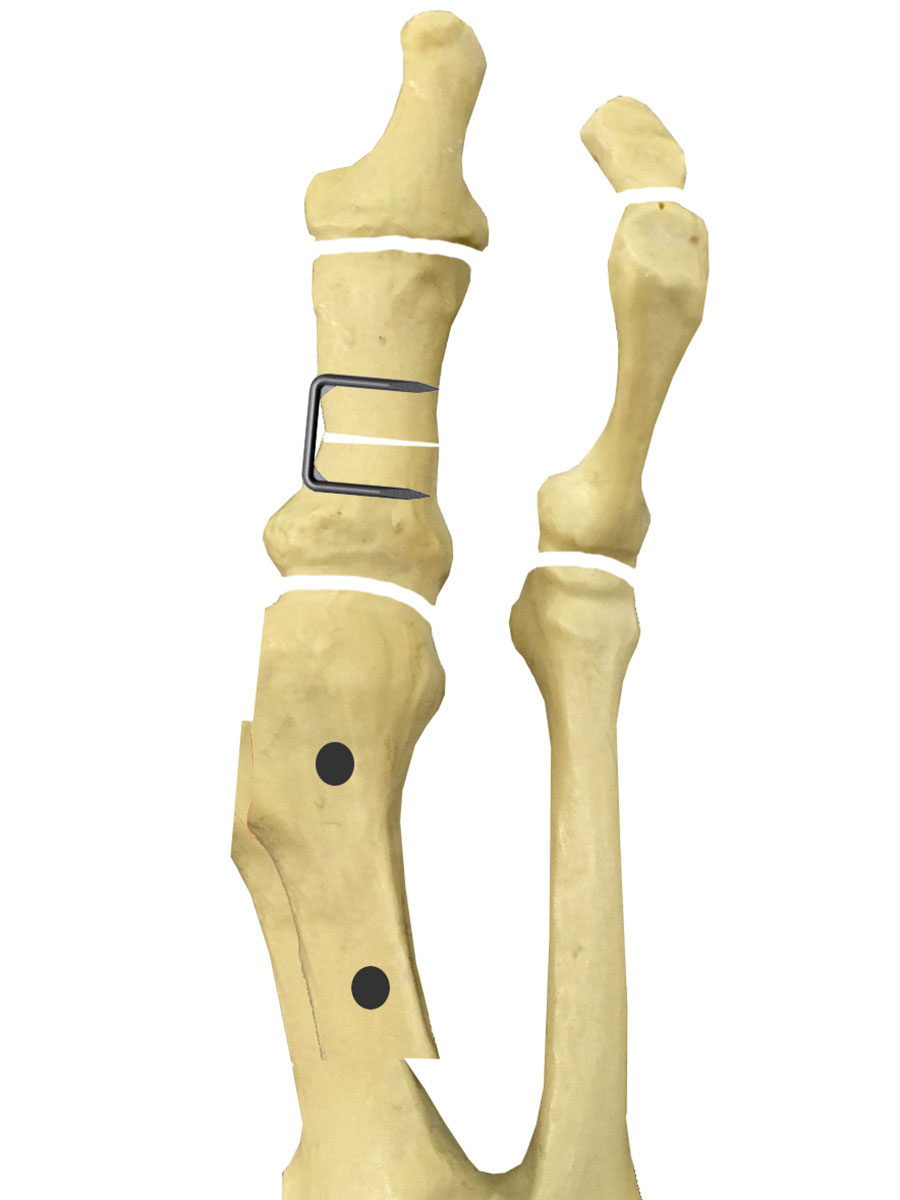 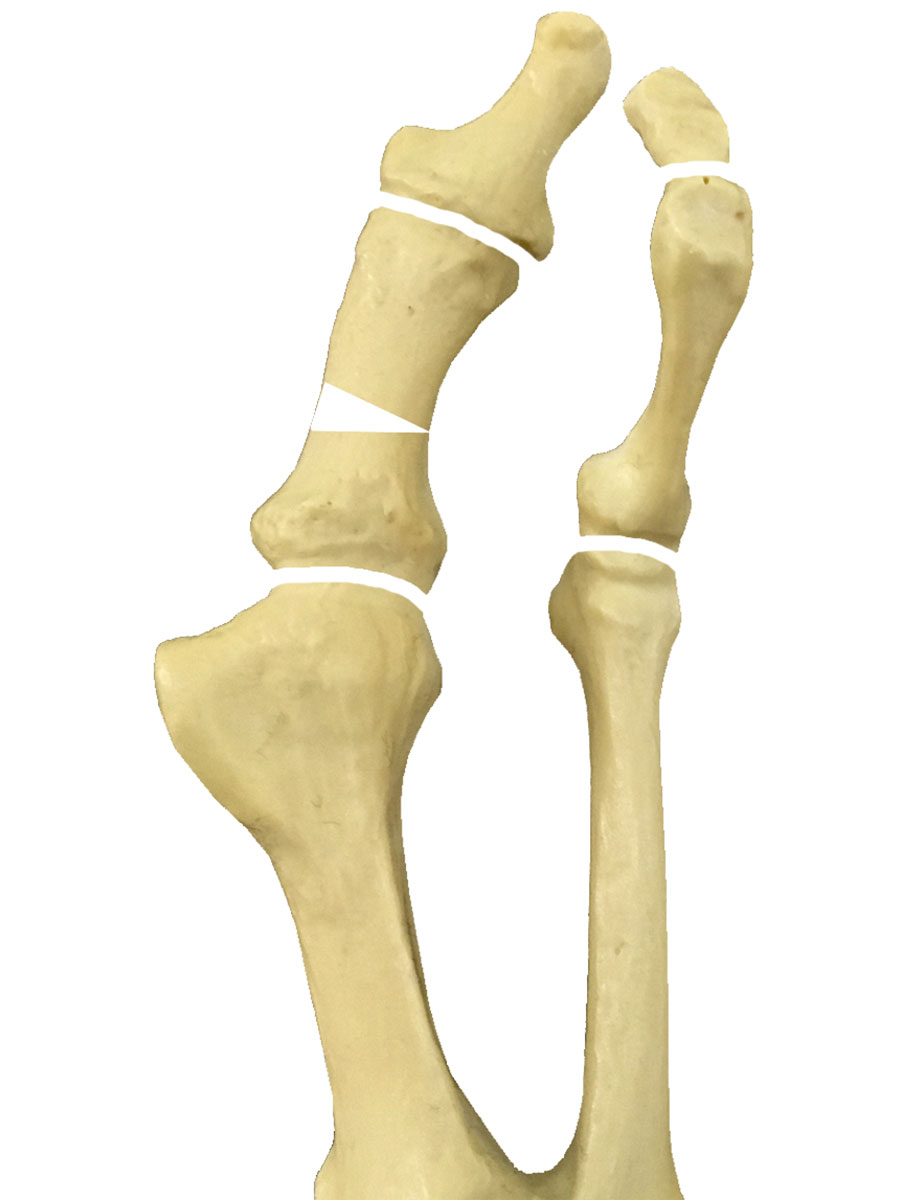 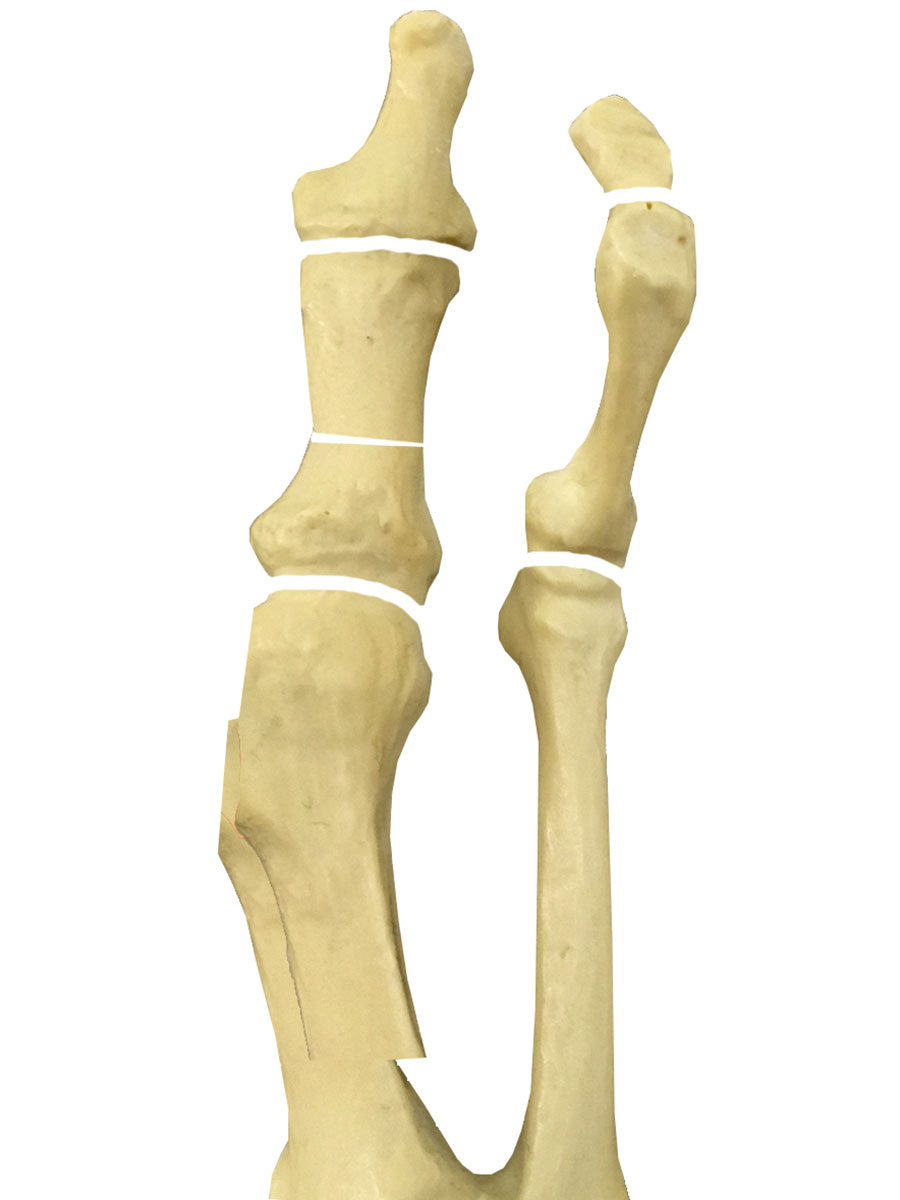 It will be necessary to rest after coming around from the anaesthetic. Many patients may stay one or two nights in hospital, although occasionally patients wish to return home on the day of surgery.

A general anaesthetic can temporarily affect co-ordination and reasoning skills, so people are advised to avoid drinking alcohol, making any vital decisions or signing legal documents for 24 hours afterwards.

Before discharge, a nurse will give advice about caring for stitches and bathing. Physiotherapy is not generally required in the early postoperative period.  Once home, it may be necessary to continue taking painkillers as advised by the nursing or medical staff. The foot is likely to be quite sore if excessively used, so anyone who has foot surgery needs to be prepared to take it easy for at least a few days.  Heel-walking may commence when comfortable.  A postoperative overshoe is supplied that assists in allowing people to walk without placing too much pressure on the front of the foot.

The area will need to be kept clean and dry for about a week. Waterproof dressings should be used over the wounds when showering. Soaking the foot in the bath should be avoided until healing is complete. The dressings can be replaced every few days.

Most people are able to return to work one to two weeks after foot surgery if in office duties although it may be longer if their job involves much time standing.  Dr. Mackie will provide more advice about this in each individual case.

A postoperative review is usually planned at 1 – 2 weeks following surgery to review wounds, discuss the findings at surgery and to ensure no complications have occurred.

It usually takes 6 to 12 weeks to satisfactorily recover from surgery and final recovery may take closer to 12 months to be achieved.

Side Effects and Complications of Surgery

Bunion surgery is a commonly performed and generally safe surgical procedure. For most people, the benefits in terms of pain relief are greater than the disadvantages. However, in order to give informed consent, anyone deciding whether or not to have this procedure needs to be aware of the possible side effects and the risk of complications.

Side effects are the unwanted but usually mild and temporary effects of an otherwise successful procedure. Examples of side effects include feeling sick as a result of the general anaesthetic, although medicines are available to help avoid this. For this operation, there is also likely to be some pain and stiffness around the joint. There will be a scar from the incision.

Complications are unexpected problems that can occur during or after the operation. Most people are not affected, but the main possible complications of any surgery are excessive bleeding, infection or an unexpected reaction to the anaesthetic.  Complications may require further treatment although fewer than 5 in every 100 foot operations is followed by any major complication.

If patients experience increasing pain, swelling, redness, fevers or are generally unwell it is important to be reviewed early to ensure no infection has occurred.  If infection is suspected most patients will be readmitted to hospital for antibiotics and may require a repeat operation to wash out the infection.

A loss of feeling in the skin over the inside of the toe near the incision can occur although is rarely troublesome.

Persistent bleeding from the wound can occasionally require repeat bandaging and local pressure although rarely persists beyond a few days.

Refers to cut bones which do not want to unite / knit.  If pain persists for months and XRAYS confirm the bone has not healed a further operation may be required to strengthen the bone.

A small number of patients will have persistent symptoms for some time after surgery, although foot operations may take more than 6 months to settle.

The muscle imbalance and tendency towards bunion deformity may result in a recurrence of the deformity over time.  This is uncommon in adults but is universally seen in adolescents who require bunion correction.